Lady Parsec is the omnipotent mother-of-all space traffic controllers, she’s the Benevolent Dictator of Her own matriarchal galactic queendom. Her soothing voice can be heard anywhere at Her will in any of Her spacecrafts. She’s watching over you and She’ll direct you with a hint of witty sarcasm.

Her general twitter interactions often are very demanding. They vary from reminding the other synths of where their place are (notably also Dandy 704) if they use her name in vain or threatening to punish others for abusing robots or ordering humans to look after their planet more. It is clear, however, any relationship with the other characters is strictly on a basis of how useful they are (or are not) to her needs.

In contrast to her right-hand man Spencer, Lady Parsec knows better then to throw her wrath around.[1]

Spencer AL2 is loyal to her and she often sends him out on special missions. His talents make him a viable ally to her and has become her right hand man. Though their relationship is not romantic, the duo are pretty much involved closely with each other.

Dandy in contrast to Spencer, while not disrespectful, has tried to charm Parsec in the past. His actions are themselves, however, borderline disrespectful.

Parsec declared to protect everyone with a sense of decency - excluding Dandy.[2]

After Spencer, Terminal 99 is another Chipspeech character of significant skill Lady Parsec may turn to for aid. In this case it is because of its skills at hacking and software rewriting, making it a viable asset to use.

According to her, Rotten.ST is on his last chance. Rotten is very much anti-establishment, which goes against her reign of enforced order.

Like any power hungry individual, she rapidly grew in rank and climbed the chain of command in just a few years. When she reached the top, she changed the rules. If the galaxy cannot find peace by itself, then peace must be enforced.[3]

Her background is likely a nod to the game "Parsec" of which she is named after. 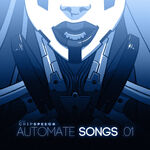 Lady Parsec on the cover of AUTOMATE SONGS .01
Add a photo to this gallery

Retrieved from "https://chipspeech.fandom.com/wiki/Lady_Parsec?oldid=5525"
Community content is available under CC-BY-SA unless otherwise noted.